The end of an era – Goodbye Jackaroo!

When we bought the Jackaroo it was a particularly good value buy and the intention was to get our first 3 years or so out of it, which we have managed to do.  When it became troublesome and started showing the erratic behaviour and unreliability which the model is known for we always said we would ditch it – so we did! 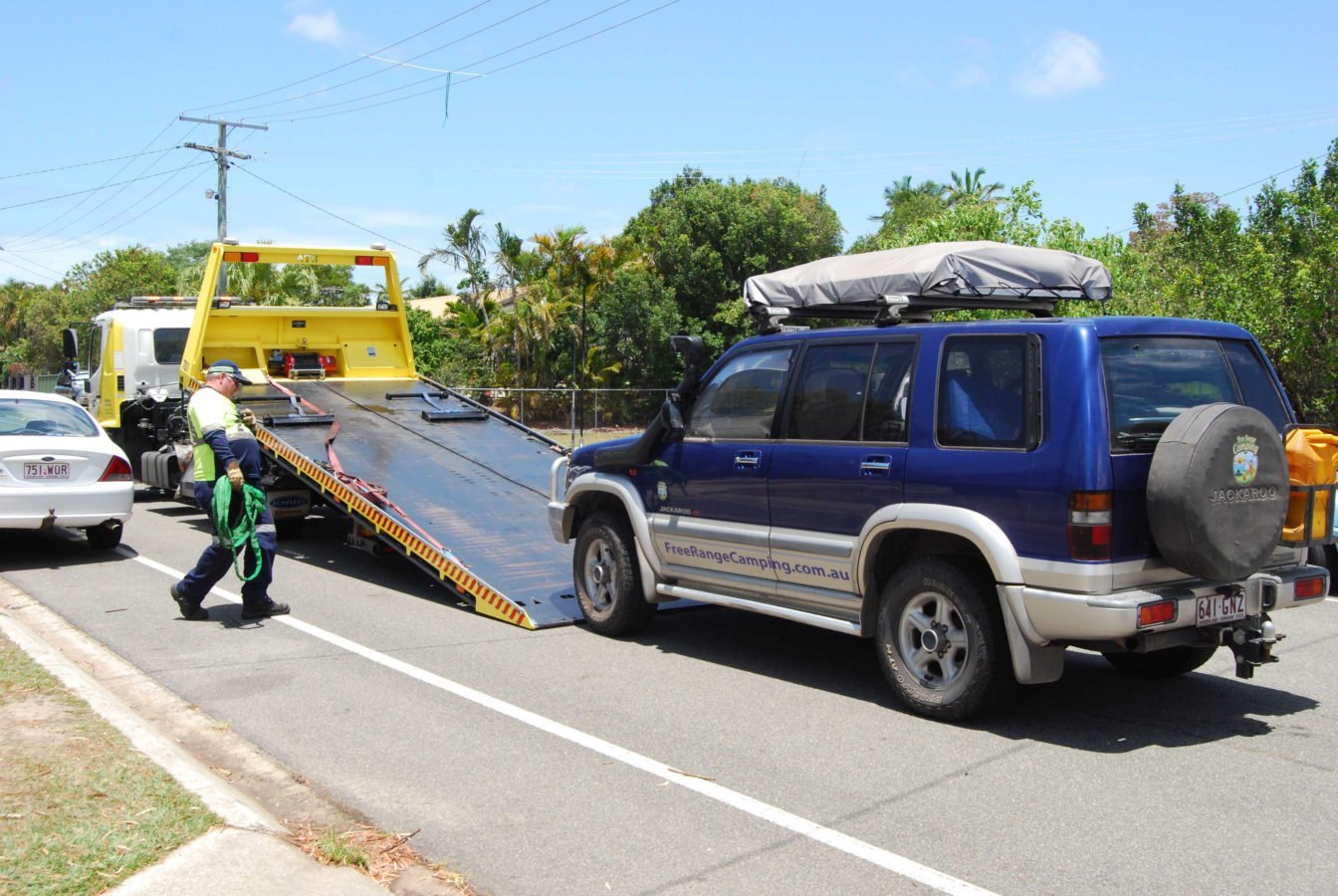 Stripping off everything we could transfer to the next vehicle and a few saleable items (including four almost new tyres) we had a buyer turn up out of nowhere to give us $600 for what was left (with only 2 wheels on it – our 2 spares – and a lot of gear removed.)

At this time there is a possibility of a sponsor vehicle via Full Range Camping so we had to decide against the possible purchase of a brand new  vehicle and again look for the elusive “bargain”.

In consideration of all the add-ons and equipment there were two strong contenders – possibly a V6 petrol version of the Jackaroo which would take everything transferred across with no modifications, this could be had for about $7-8k; or something a little “better” for a bit more money.  With a search ceiling of $15k but a real budget intent of $12.5k we started looking at Landcruisers, forsaking the Diesel option (which still command a much higher price) it was obvious a 100 series petrol could be had for figures starting around $10k without going to an extremely high mileage unit.

The few that were out there were being sold very quickly so a decision had to be made.  In the end we found a 1999 105 series GXL for our real budget of $12.5k including 6 months registration and an aftermarket warranty; and only 231k on the clock!  Add to that the inclusions of a towbar, bull bar, driving lights, new battery, windscreen and tyres and all the paintwork touched up. 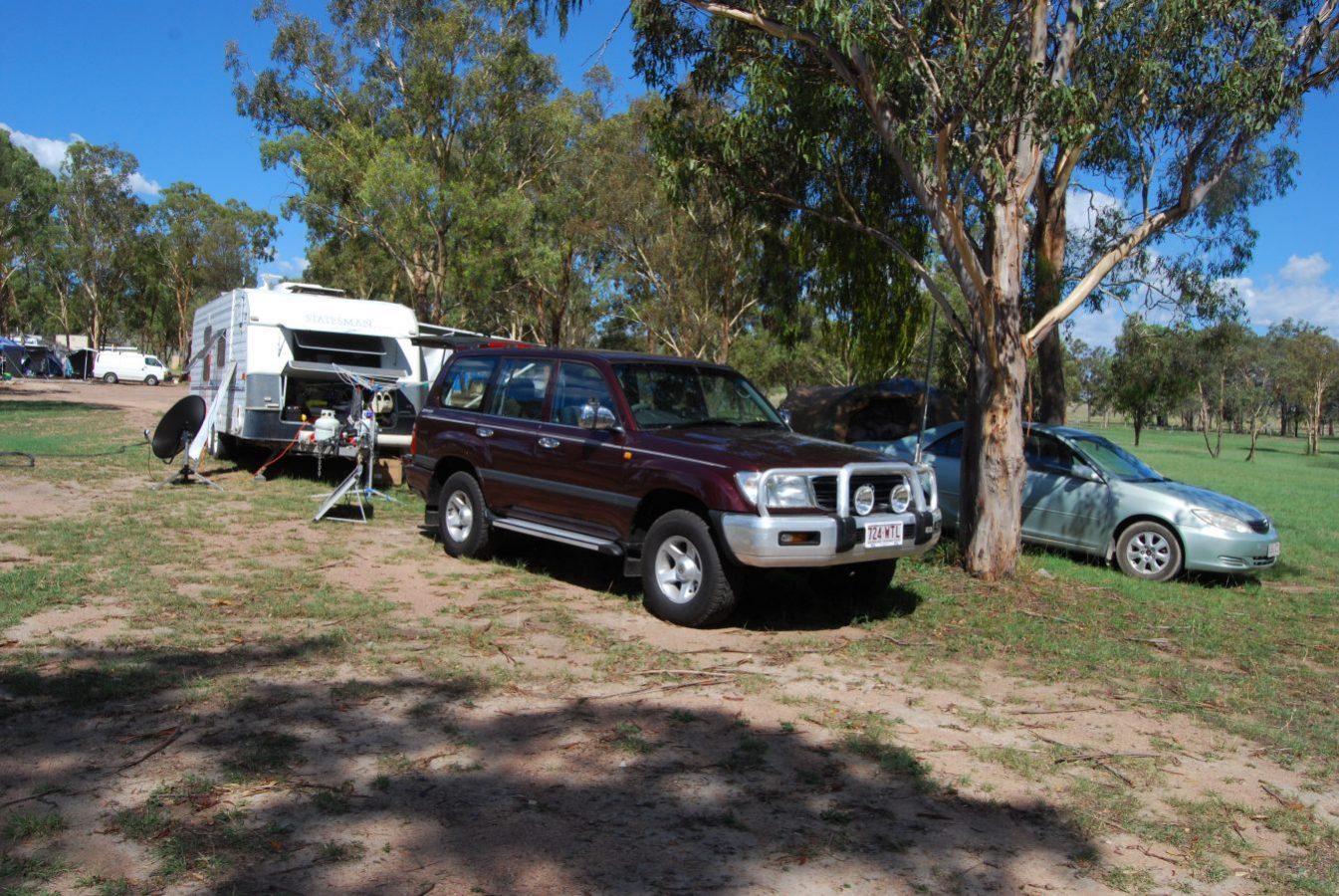 On site at Warwick before the suspension upgrade 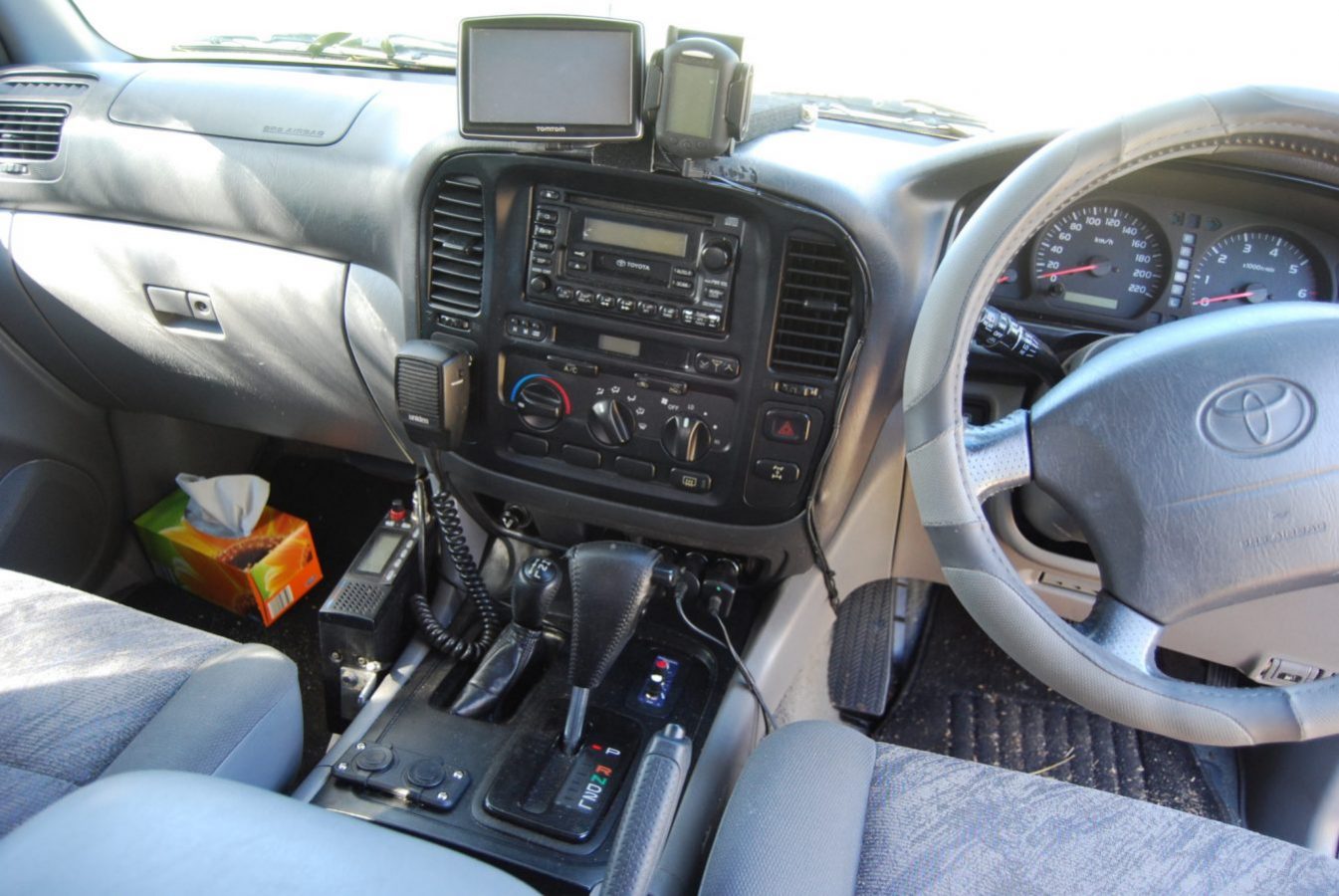 Most of our gear from the Jackaroo was able to be transferred to the ‘cruiser and the rear storage unit was suitably modified for a vehicle which is a whole 160mm wider inside than the Jackaroo.  With this opportunity we decided to replace our 12 volt “Cooler” with a “proper” fridge/freezer – the challenge was to find one with the right dimensions.  In the end the Waeco CD35 was an ideal choice, especially at only $499 including cover and mains adaptor.

This meant removing our old tool trays (wire baskets) and using the wider (right hand) side for the fridge.  The left hand side was then converted to a set of four tool drawers with fitted trays for most items (we also ditched a few things that have never been used!).

Widening the right hand “wing” of the whole unit also created a lot more room for our chairs etc. so now we have all four chairs, plus ground mat and shade wall stowed at the sides.  This leaves the top “shelf” for the folding solar panel, table and our newly acquired Satellite Dish.

Removing some sundry items and reducing the spares from the Jack meant we had room in the forward compartment for all our Awning Walls, and for the Sat Dish Tripod.

All  of this resulted in no current need for a roof rack, a potential fuel saving in our new thirstier vehicle! 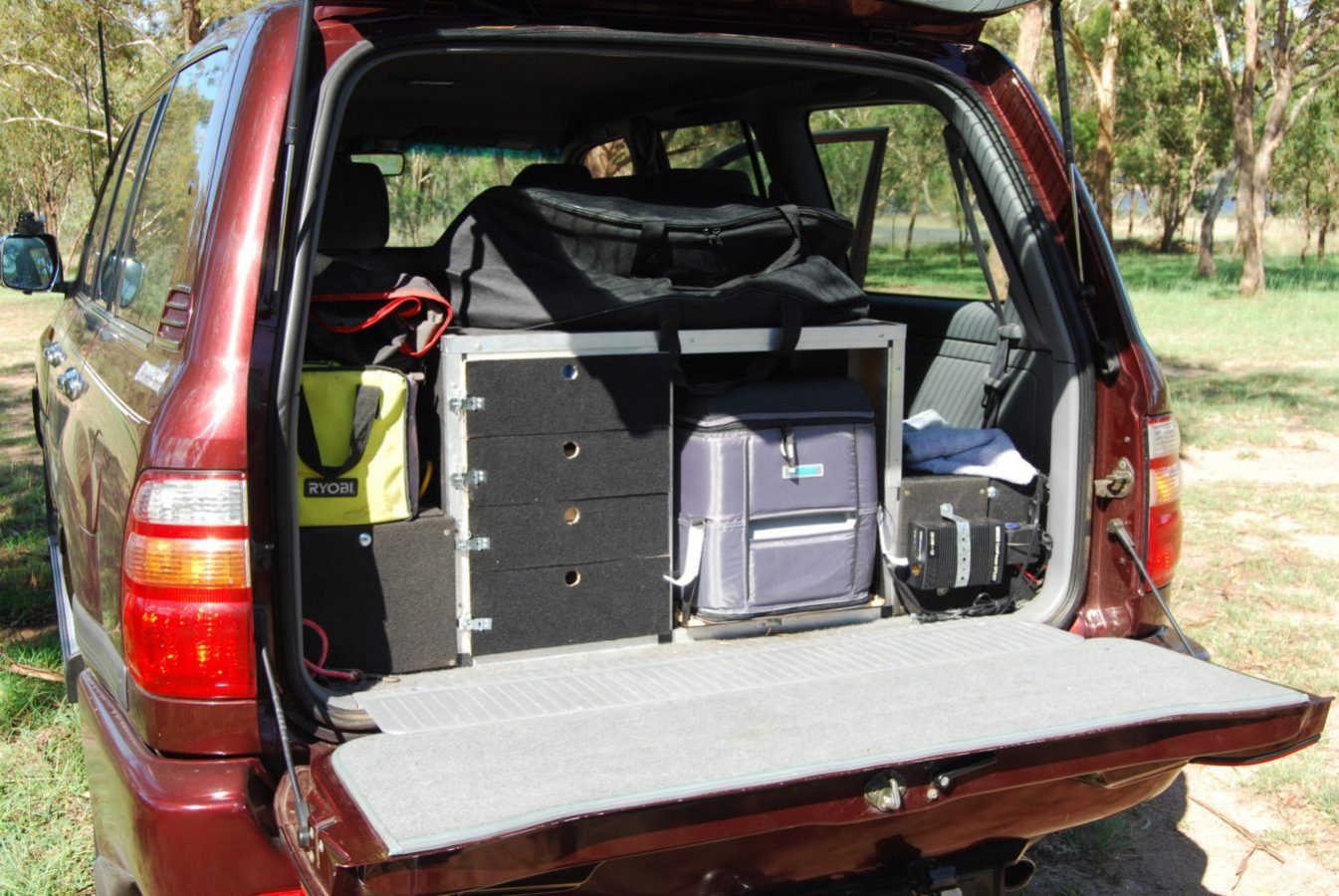 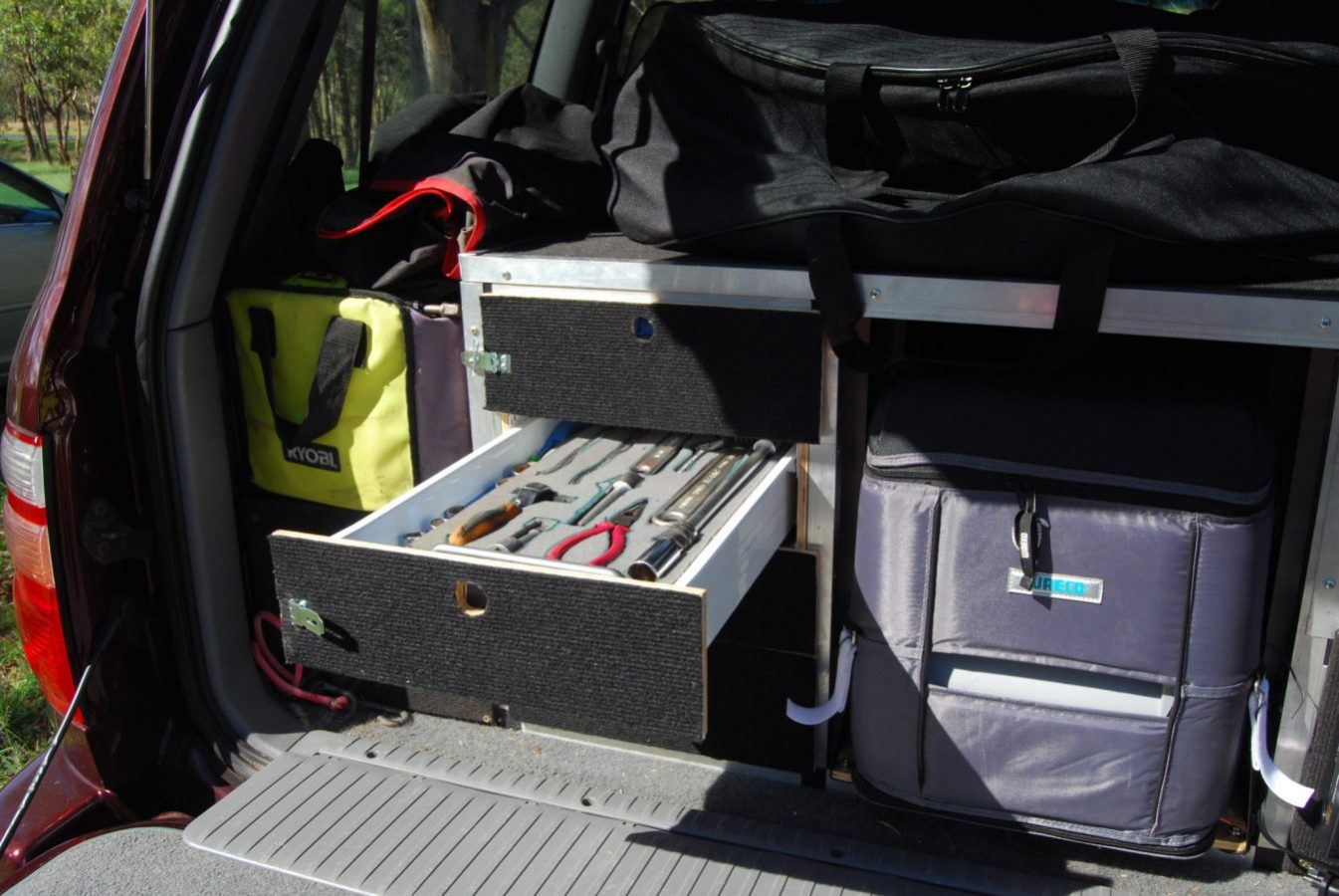 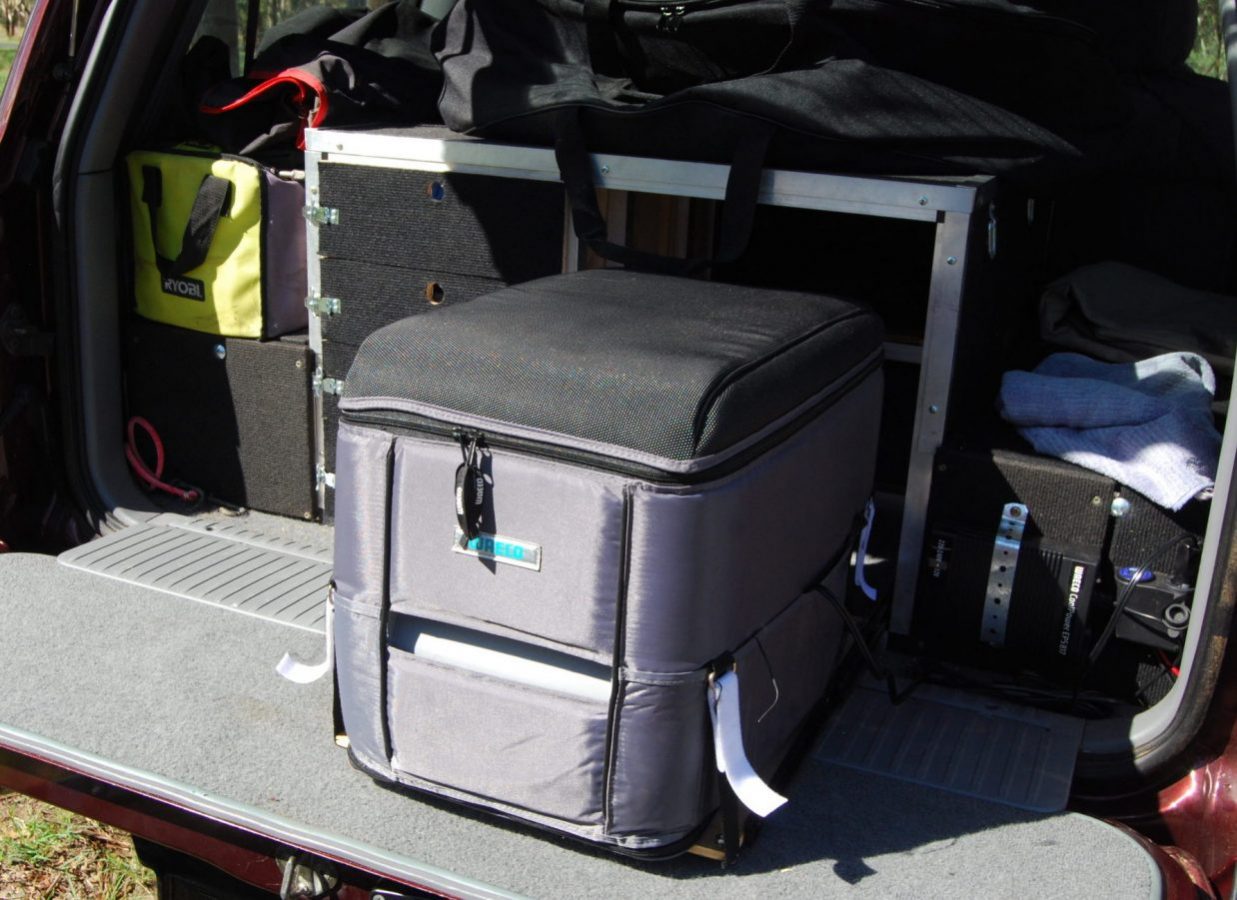 Our first mechanical mod was to fit new Shock Absorbers as it was still riding on the original Japanese Gas shocks, one of which (Front right) was totally ineffective.  Fitting these showed that the rear springs had sagged and there was hardly any room left to the bump stops – without the caravan attached!

New springs were then purchased which are a set (Tuff Dog) designed to restore full height when loaded,  In consideration of the work involved in fitting the springs (dropping the axles etc.) we also fitted Airbags to the rear.

The total cost of all this was just under $800 – very economical for what is achieved.  The ride, with 10psi in the airbags around town, is firm but comfortable and rebound over speed bumps is remarkably quickly damped.

We will report back on the final result after we leave Brisbane and hit the road for 2017! 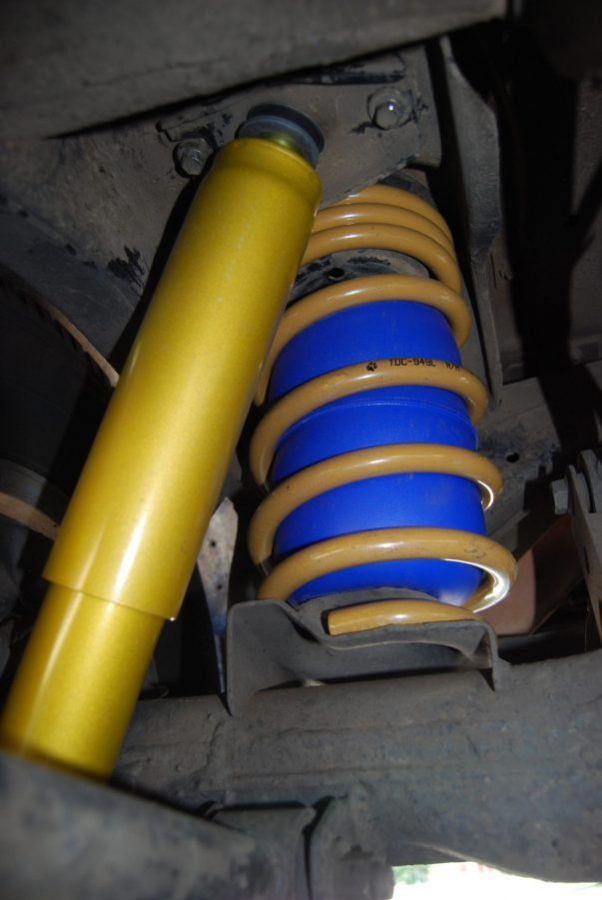 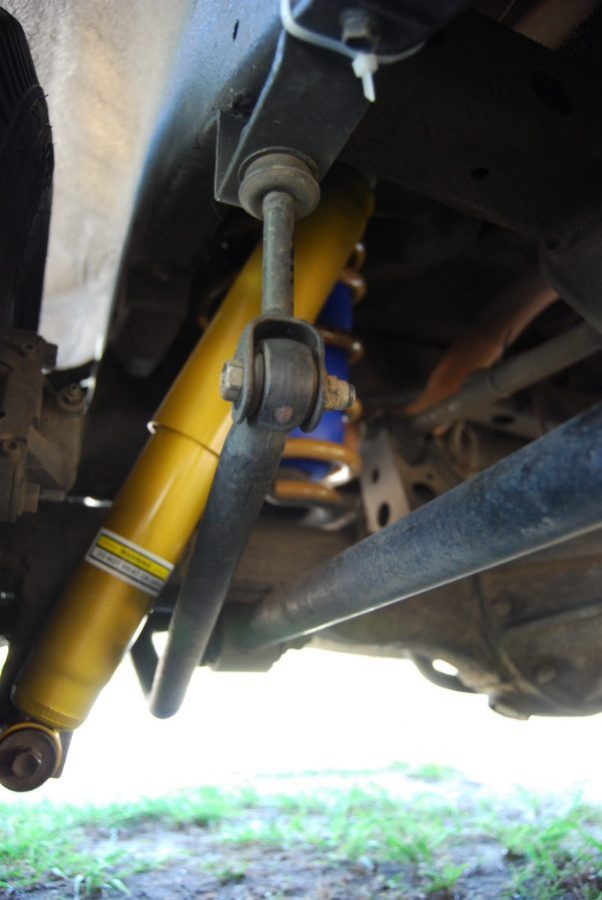 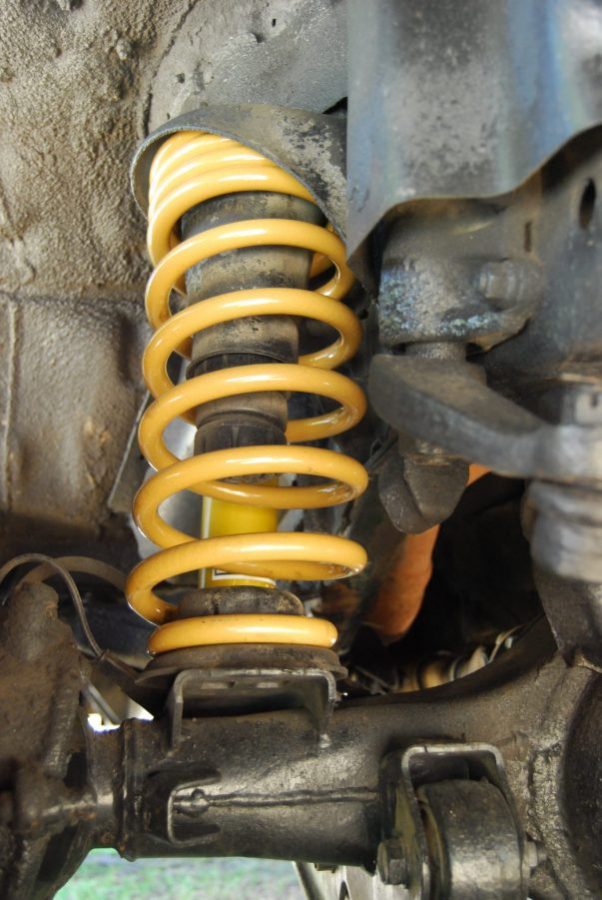