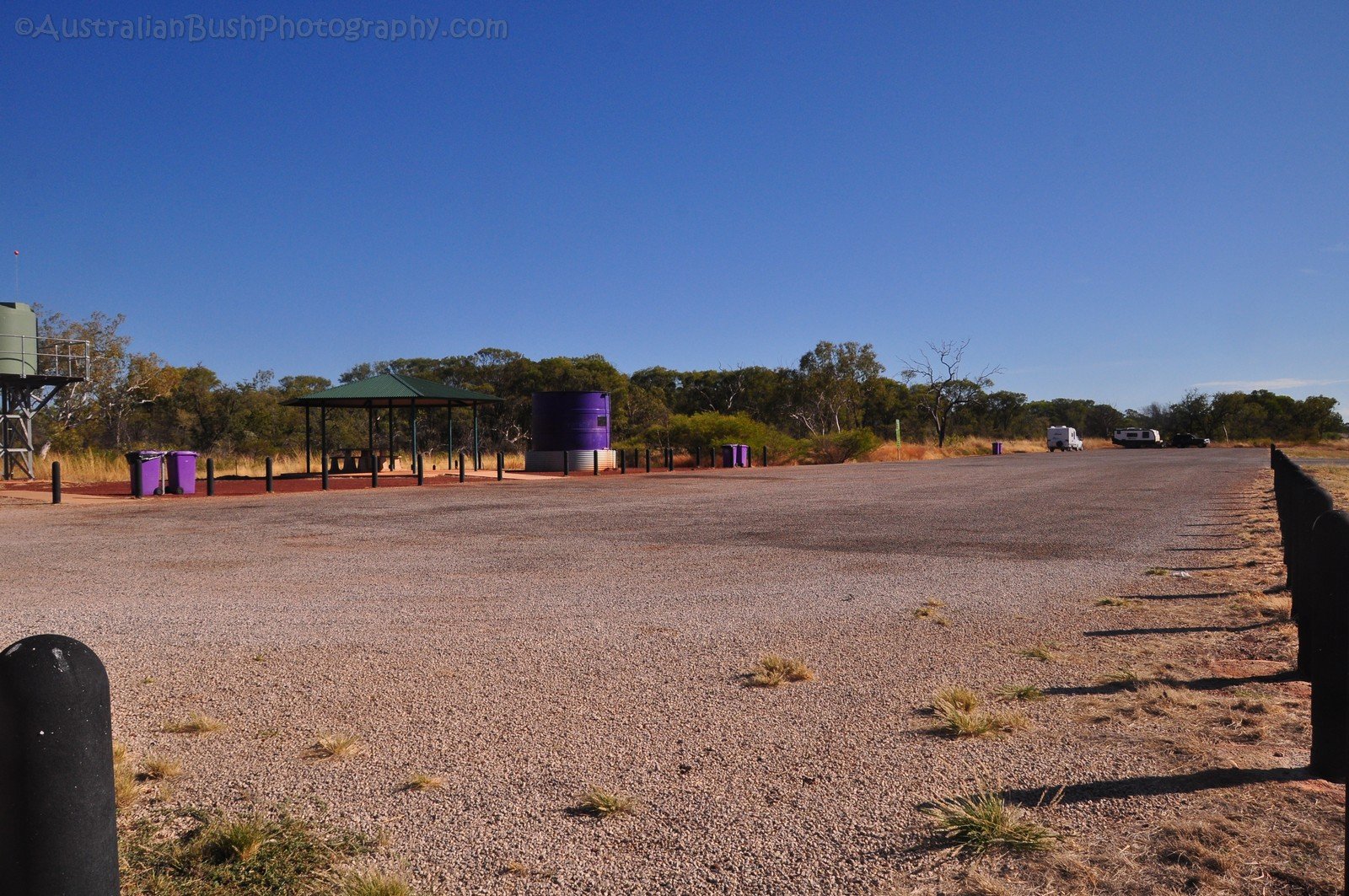 May 31 and June1-2, 2021
Leaving Banka Banka after our 2 days we overnighted at a Rest Area where there is a Memorial to Sir Charles Todd and the construction of the overland telegraph, this is the location where the line was joined on August 7, 1872 (about 1.6km West of the present highway). 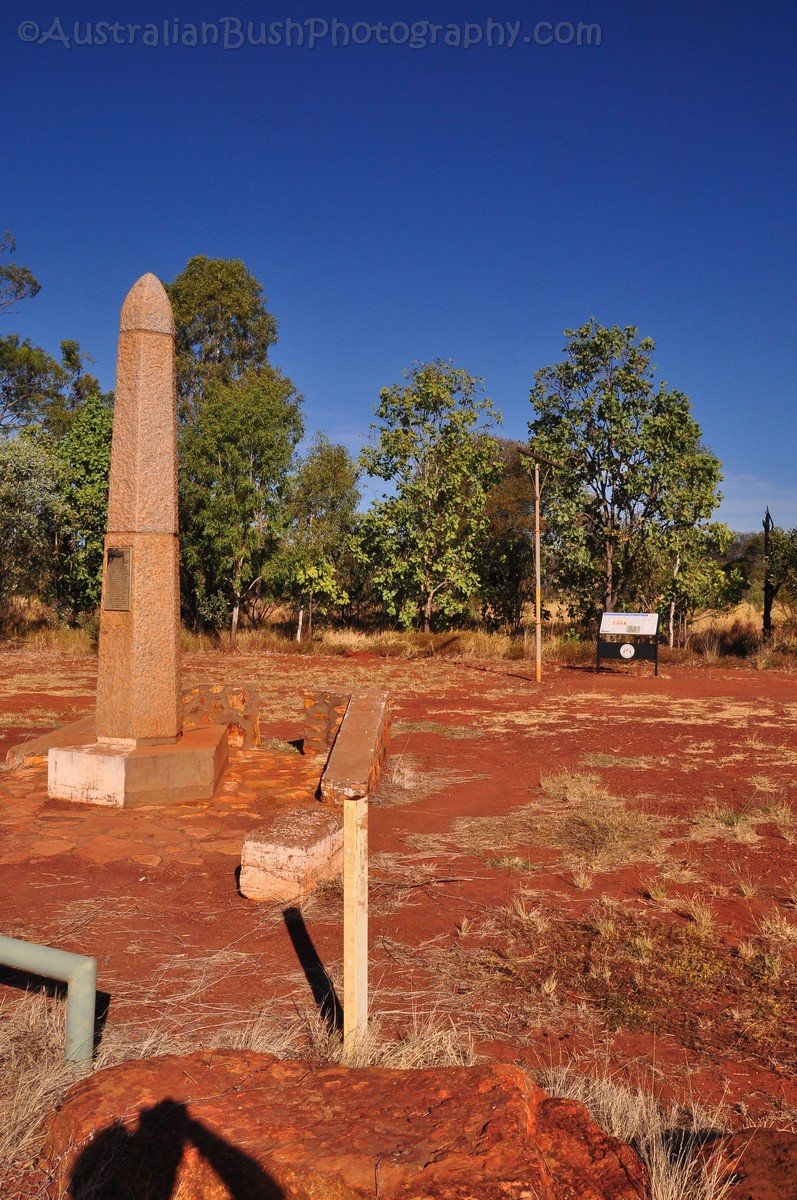 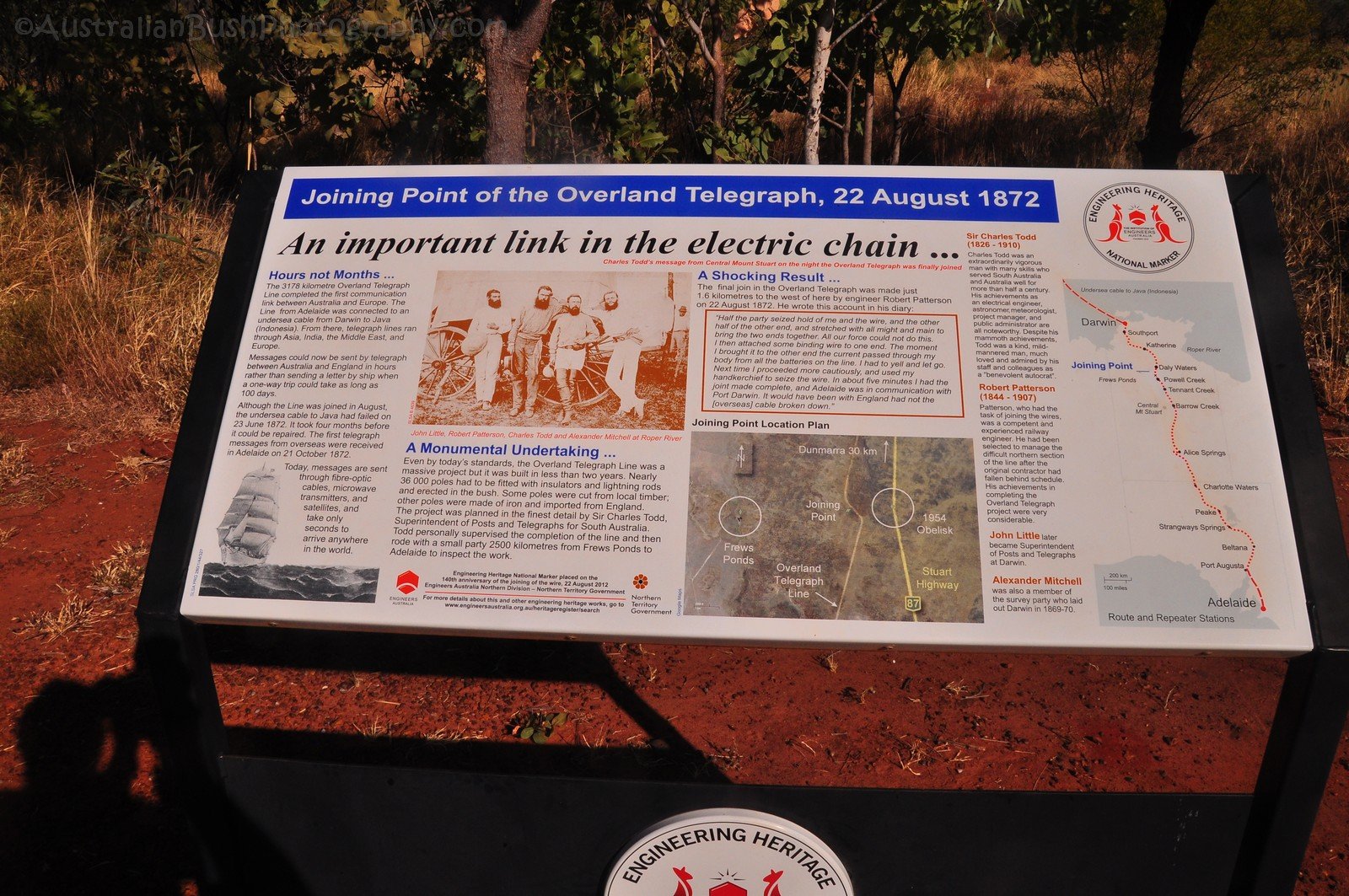 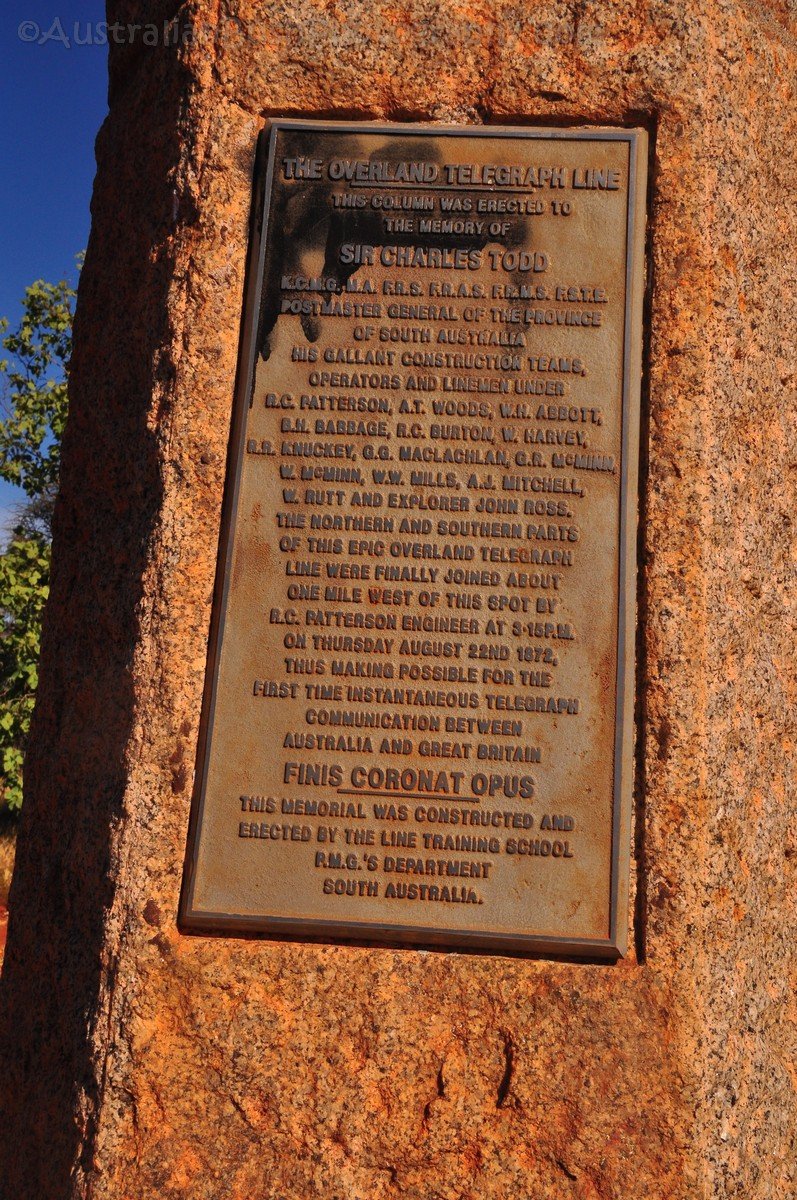 LARRIMAH and The Pink Panther Pub:
Larrimah township developed in WW2 as the end of the railway line from the South and the construction of surrounding facilities including airfields, a hospital and storage depots. The hotel was originally built at Birdum a little further South in 1930 where the railway originally terminated but after the construction of Larrimah it was substantially dismantled and rebuilt here. Much of the railway infrastructure still remains as trains ran here until 1976. The old Telegraph Office houses a local museum with some of the telephone exchange equipment and other memorabilia still in place and on display

The Hotel has recently been sold and the new owners are slowly trying to revive the small wildlife collection and improve the Caravan Park facilities but it is a comfortable enough stop for a couple of nights.

Larrimah as a town has almost disappeared leaving only the hotel and several houses most of which are empty and some for sale; alongside the highway is also Fran’s Pullup, a coffee and pastry stop very popular and well known to passing travelers. We had a light lunch (morning tea?) currently provided by Fran’s grandson. The location is recently known for the disappearance and presumed murder of a resident, Patrick Moriarty and his dog. In a settlement of only a handful of people there is little choice of suspects and apparently he was not well liked; Fran had the property extensively searched including pumping out the Septic tank and testing her pies for remains of the of the dog!

Thank You for visiting us:
Website Changes and Update:
Please note that we are undertaking a complete update of our website and some Posts and Pages may not appear correctly but will still be readable during this time.